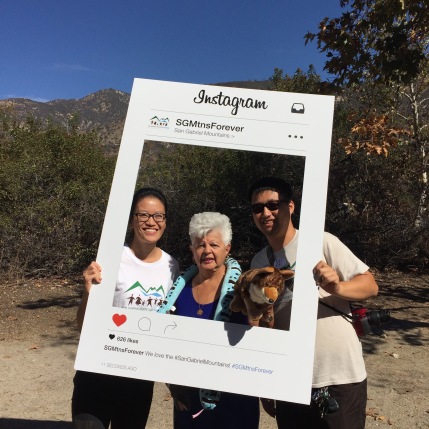 We hosted a celebration to mark the second anniversary of the San Gabriel Mountains National Monument on Saturday, October 8 at the Eaton Canyon Nature Center.

Janet Valenzuela, a graduate from the San Gabriel Mountain Forever Leadership Academy who now works as a field ranger for the Forest Service, talked about her project to bring families from her community into the mountains. “The families really celebrated being out in the great outdoors,” she said, adding that one of the mothers told her it felt like the trip recharged my batteries. “I, too, feel that way. Whenever I’m in the mountains, the internal battery that I have comes back so much stronger than before.”

Each speaker was appreciative of our efforts and excited about the future. Also excited: the kids from Cortada Elementary School who attended as part of the Every Kid in a Park initiative. “We love parks,” they chanted at the end of the day’s festivities.

Published by Nature For All

View all posts by Nature For All